A Model of Energy

The University’s new District Energy Facility (DEF) in Allston is serving as a model of efficiency for college campuses around the world. Harvard Energy & Facilities (E&F) recently co-hosted the International District Energy Association’s (IDEA) Campus Energy 2022 conference in Boston, attended by more than 1,000 industry professionals. Harvard welcomed more than 70 guests to the Allston campus for tours of the newly opened DEF during which they learned about all the things that make this facility so remarkable. The annual IDEA conference attracts leaders who want to share ideas and discover new ways to reduce energy costs and lower greenhouse gas emissions.

During the tour, participants learned that the plant can produce up to 2.5 megawatts of electricity on-site and that the waste heat from this process is recaptured and used to heat buildings. Another highlight was the 1.3-million-gallon tank that stores chilled water that’s primarily used to cool buildings. The tank is analogous to an enormous battery because the chilled water is produced and stored during off-peak hours, typically nights and weekends, when electricity is cheaper and less-polluting. It can then be used during the daytime when needed, lowering the burden on the power grid during peak times. (Photos: Senior Director of Engineering & Utilities Bob Manning leads tours of the DEF in Allston) 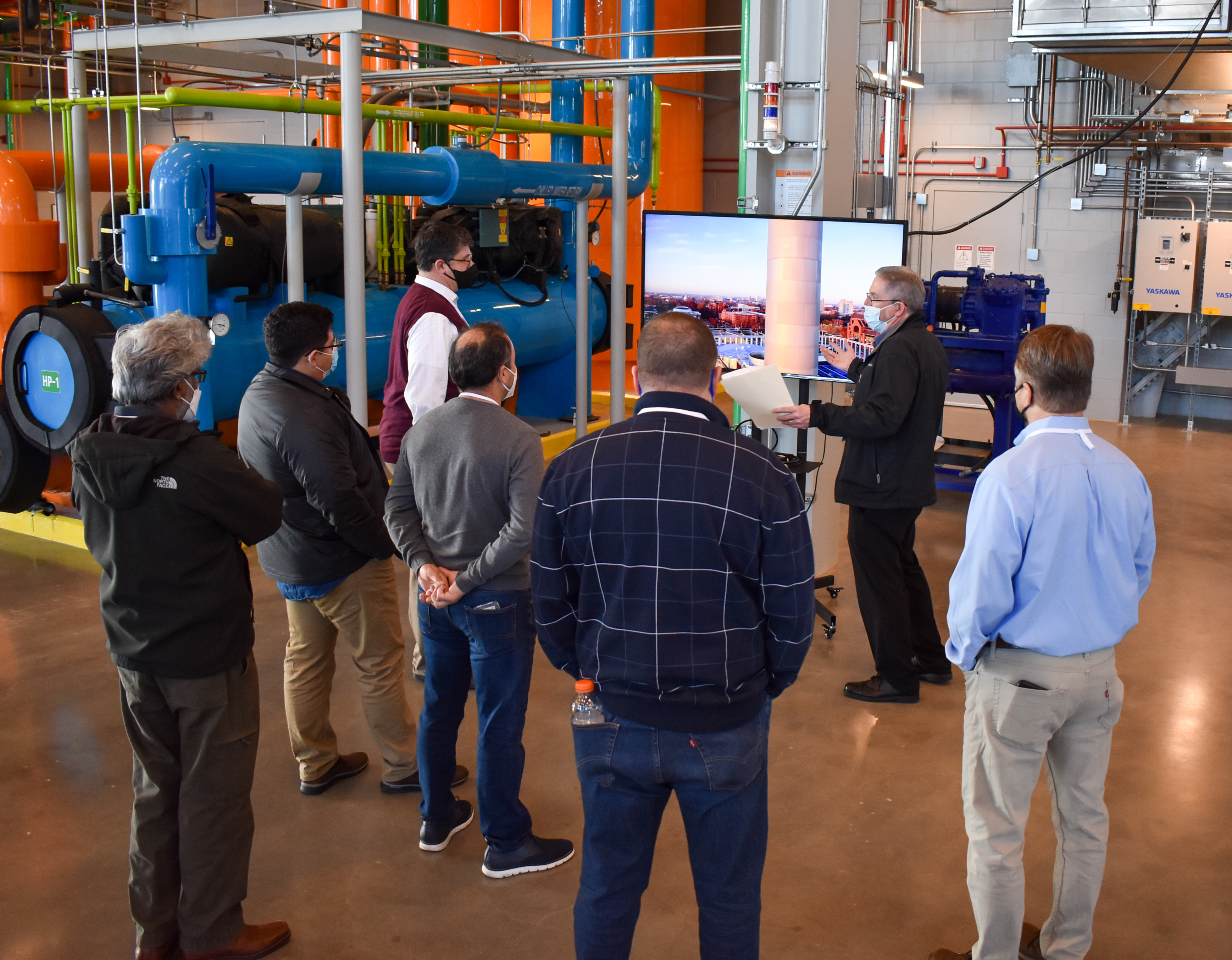 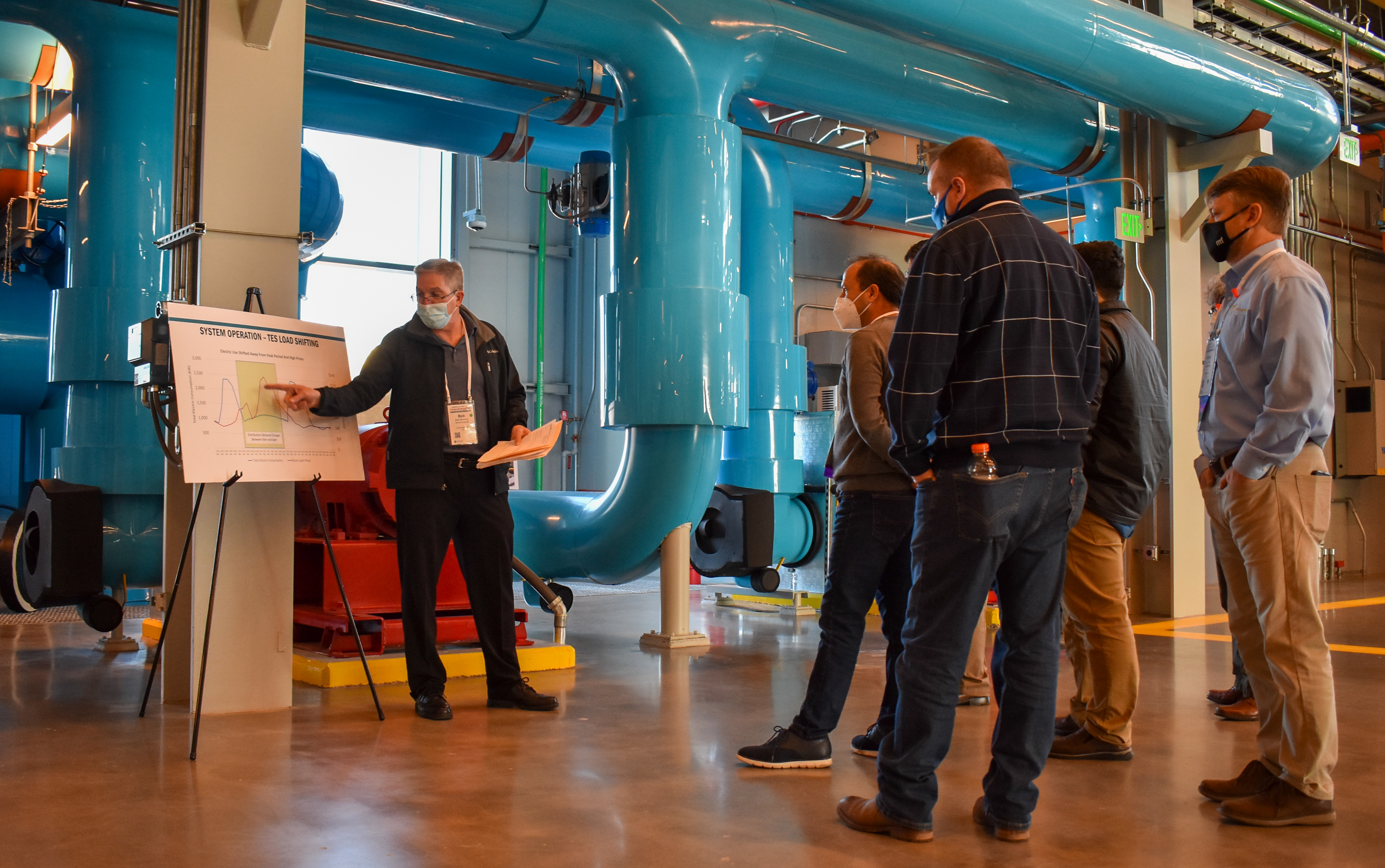